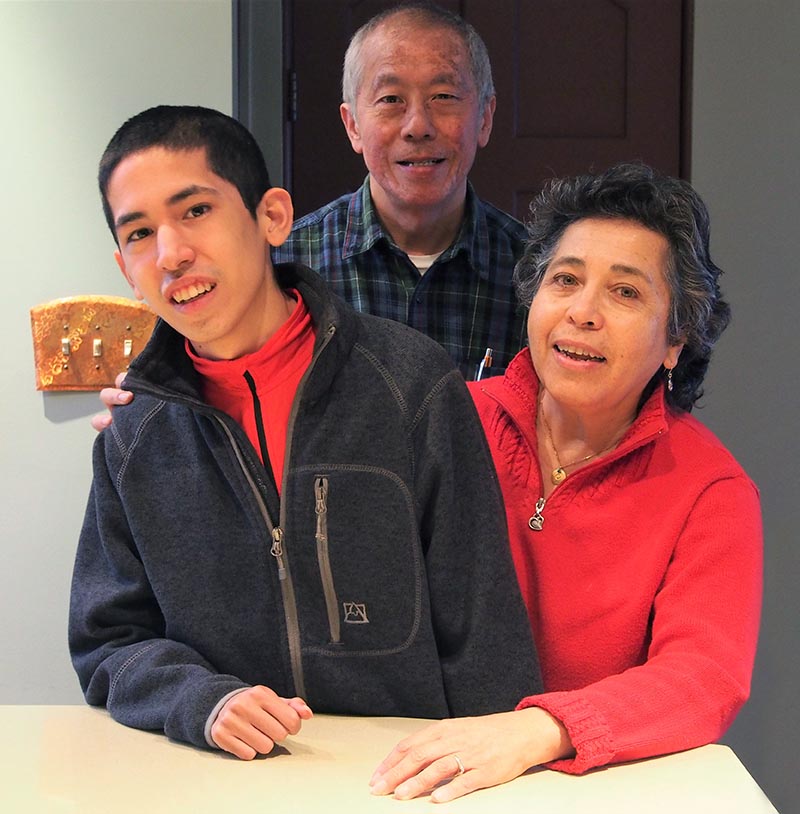 When their son, Aaron, was diagnosed with autism in 1997, Sherman Chan and Irma Velasquez, formed a multi-disciplinary team to provide an intensive educational and therapeutic program for him. After the team worked with Aaron it was clear that he needed an effective communication system. After trying different methods and approaches, Aaron began learning to communicate his needs and wants and make his requests known. However, it was clear to the team and to his parents that in order for him to learn social skills and expand his communication skills he needed to be immersed in a social environment.

After years of visiting numerous educational settings in the San Francisco Bay Area, the team realized there was an unmet need for an environment where children with autism could learn social communication, academics and independent living skills to function and grow.

In September of 2001, Wings Learning Center was created with the mission of creating a learning environment where students with autism could learn at their own pace and be inspired to take steps towards their own personal growth.

Wings is a Non Profit organization under IRS Section 501 (c)(3).